Shit Is Getting Crucial

Looking at my bookmarks, I see that I’ve been avoiding this post for about 3 months. But Charlottesville, Virginia failed to stop a white riot on Saturday that wound up killing a counterprotestor, so it’s the perfect time to list some of the signs and signals that would tell anyone who wanted to know that the right wing in this country was angling for a fight.

Our fake Republican president should shoulder much of the blame, ending the notion that the buck stops at the president’s desk. He encouraged violence repeatedly early on in his campaign in 2016. After he won, he mainstreamed the hatriot movement by giving high level executive branch jobs to their promoters and supporters.

And then it took him three days to condemn the white supremacists who started the Virginia riot.

It was Trump’s Hurricane Katrina. He completely and categorically failed the first major test of his leadership skills. By farming out the job of condemning the antagonists to underlings, he confirmed that he is only interested in being the president of 1/3 of the nation.

There’s really no going back after Charlottesville. Battle lines just got fucking drawn when the right wing mob decided to kill. They’ve been telling us repeatedly that they were getting ready for a confrontation, but no one listened because they were white and it’s OK to suggest that it’s time for things like civil war because free speech.

A small and by no means exhaustive list of evidence that shows that Heather Heyer’s death was premeditated follows (it jumps around a bit because consistency is not my strong suit.¯\_(ツ)_/¯ ). I began collecting incidents I thought notable because there was a pattern of behavior that made me rather worried that the nation was going to be plunged into violence. Hop around if you like, and it you have to tl;dr this, I understand.

April 4, 2017: Radio commentator calls for the killing of “globalists”
because of Muslim immigration.

April 26: Ann Coulter uses coded racial language to register her displeasure about being denied the right to speak at Berkeley.

June 15: Christofascist pastor Rick Wiles calls for the rounding up of journalists who don’t toe the Trump line.

July 5: Daily Stormer fanatics threaten to dox and bring violence upon CNN employees because the network discovered the identity of the creator of a GIF that showed Trump “beating up” a representation of the network. Oath Keepers say we would be in a civil war already if Clinton had won the election.

July 7: KKK gathers at Charlottesville with guns over the Lee statue slated for removal.

And that’s about where I stopped collating right wing calls and demonstrations for violence, because my Republican thick-necked mayor threatened me with arrest if I didn’t stop emailing him about his feckless decision to put religious stickers on cop cars. I got a little busy when I blew that up.

The point is, this weekend didn’t happen in a vacuum. It was the result of an increasingly emboldened right wing itching for something ugly. I hope Heather Heyer did not die in vain and the truth about the right (and Trumpism) cannot be hidden or spun anymore. I hope there’s no shortage of moral disgust among the average American about what happened in Virginia. There are some positive signs. It’s already evident that these Nazi fucks did far more damage to their cause than good because they cannot restrain their hateful impulses.

When it comes to standing up to these creeps, a few watchwords come to mind, words that a good writer friend of mine always uses when she signs off on a piece. 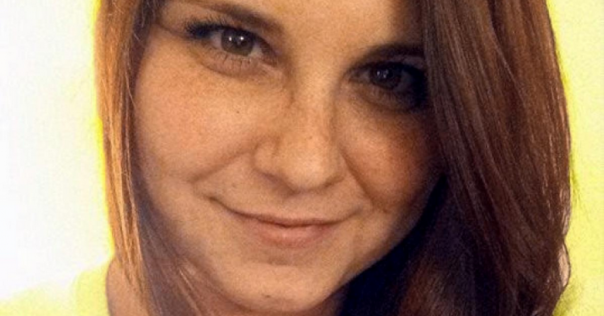