← The Song Is (Almost) Over
Transitions →

It’s rare for me to request that famous people shut their goddamn mouths. I do not understand the logic of people who refuse to entertain someone’s thoughts simply because they are well known. Laura Ingraham, late of sieg-heiling to Donald Trump at the RNC convention, wrote a whole book about the liberals in Hollywood and how much she resents them sticking their hooked noses into politics because they’re so popular.

I guess the theory is that they skew the national conversation due to their star power. That may be true in a way, but I fail to see how this is a bad thing. If I had any measure of fame and I could do good by using my station and spare time to promote a cause I care about, you can bet that I would do it.

Her argument is shit-after all, Laura Ingraham is a popular radio host and author. She’s on TV too. Does that mean she now must shut up because she’s not ordinary? Of course not-at least not until the revolution and the reeducation camps. Point is, it doesn’t matter what you do. If you’re lucky enough to have a job that literally hands you a microphone, you take it and do something substantial with it.

Really, all Ingraham was bitching about is the arts in general because typically conservatives are some of the most artless fucks ever conceived. They have no imagination by default, and that is why they can only see the way things are or the way they have been as opposed to the way they could be. Celebrities create for a living, and that is why they lean naturally towards progressivism. Journalists are also largely liberal, being curious storytellers. The creative professions point the way to a better future, an end to things like hunger, injustice, war and all the other things left over from our cruel simian past that we would do well to get control of or there won’t be a planet left to dominate. Either that or they’re just ginning up some fun for us, and that is fine too.

It pains me to have to say that Jesse Hughes needs to shut the fuck up.

For those of you who know some Jesse Hughes music, you are indeed saddened to find that he is a supersized asshole. Either that or he’s got mental problems, and I’ll address that.

This is Jesse at the height of his powers:

The record that came off of was one of the best fucking rock and roll discs to come out of the aughts. It was sexy, slinky, simple, perverse and it didn’t take itself seriously for one minute. The drummer is of some renown (and an asshole in his own right), but it’s Hughes’ delivery and stripped down playing that makes the Eagles Of Death Metal sound not like Queens Of The Stone Age. It was a debut I could and still can listen to all the way through, and that’s saying a lot given how hard it seems to be to make a long player that people want to keep playing.

Most of you should remember the massacre at the Bataclan theatre in 2015. A wave of violence swept across Paris, and while The Eagles were playing a gunmen sprayed fire and grenades upon the crowd, slaughtering almost 90 people including the Eagles’ merch manager. The band got separated during the attack but everyone was safe.

If I were Jesse Hughes or anyone in that theater, I would have developed post-traumatic shock disorder afterwards. And that is probably exactly what happened, with some caveats. In an interview Hughes admitted that he was haunted, but then went on a tirade about gun control in France, familiar refrains for gun lovers but perhaps coming from a place of deep personal grief and pain:

“Did your French gun control stop a single f–king person from dying at the Bataclan? And if anyone can answer ‘yes’, I’d like to hear it, because I don’t think so. I think the only thing that stopped it was some of the bravest men that I’ve ever seen in my life charging head-first into the face of death with their firearms.”

“I know people will disagree with me, but it just seems like God made men and women, and that night, guns made them equal. I think the only way that my mind has been changed is that maybe until nobody has guns everybody has to have them. Because I don’t ever want to see anything like this ever happen again and I want everyone to have the best chance to live and I saw people die that maybe could have lived.”

OK, I get it. But we all know that anytime guns are introduced into a situation, the potential for an accidental death increases. If we applied Hughes’ solution to the Bataclan attack, many more would have died in the chaos. It’s not out of the realm of possibility that some people were struck by “good guy” fire that night in a room thick with noncombatants. Furthermore, for as long as I can remember (and I was a pre-9/11 teen), most entertainment venues want you to be weapon-free because for one thing, alcohol and weapons mix poorly-and lastly, no one would know how to sort the good guys from the bad in the heat of the moment and so basically Jesse Hughes is an idiot for thinking it’s a swell idea for everyone to start packing at a crowded show.

But perhaps we should give him the benefit of the doubt, because he went through a harrowing experience and things said while still in shock are usually not coming from a good place.

However, there’s only so much I can give in the way of forbearance when he attacks children three years later for being angry too (in addition to being stricken with sadness) about their friends being gunned down at school because any lunatic in America can get an assault rifle in under a half-hour. The children of Parkland literally went through the same thing that Hughes did and instead of playing a benefit he shat on them and their dead friends on Instagram:

“Hughes’s verified account posted a cartoon equating gun control to cutting off one’s dick to prevent rape, paired with a caption slamming Parkland students as “pathetic,” “disgusting vile abusers of the dead” who took “multiple days off of school playing hooky at the expense of 16 of your classmates blood.”

Hughes posted a doctored photo of protest leader Emma González tearing apart a copy of the Constitution and called her, among other things, “the awful face of treason” and a “survivor of nothing.”

Wow. Think about that. A survivor of nothing? From Hughes? At this point I just gotta cut him loose, because now he’s just being a typical fucking stupid conservative dick. There is no daylight whatsoever between Gonzales’ experience and Hughes’, but one would think that Hughes was the child and Gonzalez the adult if you didn’t know who they were. Yesterday, Hughes scrubbed his social media, hopefully embarrassed and chastened but it’s more likely he’s worried about ticket and record sales.

It’s a fucking shame, because I liked his music even though I doubt he’ll never do anything like Peace Love Death Metal again. I’m done with him and his jerk bandmate, who represent the dregs of this paranoid, angry, nasty social experiment called the U.S.A. I’ll leave you with a couple of old eyeroll-worthy quotes from The Eagles’ principal members:

In a 2007 interview, bandmate Josh Homme stated “Jesse Hughes and I have a theory; we’re socially liberal but government conservative guys”. Hughes has also said “I wanted to be a Republican politician, for God sakes. I’m a conservative, dude.”

And I say to you both: 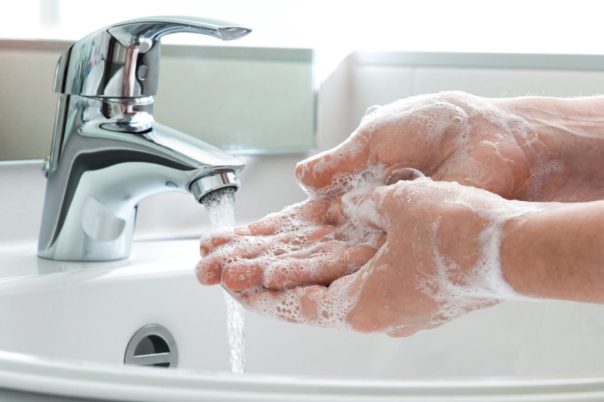 Not another dime, fuckheads.

← The Song Is (Almost) Over
Transitions →